How I Survived Over A Month Without WiFi

Disclaimer: yes, I understand my inherent privilege and that millions of people don’t have access to WiFi. My problem is a very first world one for a third world gal. But take it with a pinch of salt and humour

It started one summer eve, the light left the sky and I retreated to my cave to do what I do best, scroll. It was here I was confronted with the prehistoric creature inviting me to an internet-less existence, making me one with itself(thanks, chrome dinosaur). At first instinct, I panicked, but it was not a problem I had not faced before. The towering Telkom has regularly and ruthlessly cut off my access to the world. My father and resident useless commander of our fort tackled the problem head-on, only to be left on hold.

The days grew longer, and my eagerness to attend university increased. The networks used to further academic excellence were now tainted and used to download Korean dramas, send snap streaks and relentlessly Instagram stalk. I apologize to every student who was trying to do work and thank them for bearing with my abuse.

My truest ally came in the form of the mystical capitalist haven also known as Starbucks. There I sat with my MacBook imposter Lenovo laptop, sipping overpriced coffee and finishing up assignments. Employees handed me free tea samples and strangers politely smiled as we shared a plug point, adding strength to face my adversity. 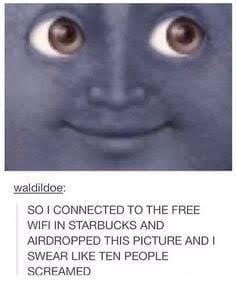 Friends proved themselves in my time of need. Pictures were never sent, but merely described and my Snapchat password floated to the next available streak sender. They so kindly took me in, sheltered, fed and connected me as the Telkom continued its torment. But it also came with being dragged on many occasions and being left behind on certain memes. My problem actually spread to a friend, but alas her shortage lasted 5 days only.

steve: this is an important meeting

peter, typing: this… is an… important… me- are there any capital letters?

Vodacom thoroughly benefited as my demise continued. As if their data prices weren’t high enough we faced the VAT increase. My reluctant parents helped me waste money to refresh a timeline and download notes. Then I turned on them and started kicking off my parent’s devices from the hotspot because I prioritized succession notes over my mother’s latest Instagram recipe craze. In times like this, your true colours really show and my inner dictator prevailed.

Instead of stealing the land they steal our data wow Vodacom #VodacomStoleMyData pic.twitter.com/pZDk2bPuTX

In the end, I came out stronger, my academics probably benefited and I tested my own levels of tolerance, which admittedly aren’t very high. In the midst of it all, my aforementioned fake MacBook charger also broke and took weeks to be replaced, adding to the growing anxiety. Now that the promised land of content has been returned to me, I feel like a kid in a virtual candy store (for lack of a better metaphor). You mean I can spend a day watching just YouTube videos? My wireless printer will work? More than 2 seconds of an episode can be streamed? I am overwhelmed with my power and will never take my WiFi for granted again.

As for Telkom, all I can say is “DO BETTER”.