It’s that time of the year again where we are so close to the end that we can finally round all the good and bad that occurred in this short but relevant space of time. These choices will be based on obviously my own biased opinion and strenuous research ( I TAKE MY POP CULTURE SERIOUSLY).

SONG OF THE YEAR

This is a tough one for obvious reasons and sadly , after much deliberation , I CHEATED and chose two.

It is beyond me how this became as popular as it did despite being created by a 17 year old , but hey it defined an entire year and that is pretty stank-ing amazing.

Can’t feel my face – The Weeknd

This song was only played on every radio station about 499 times per day naturally, having links to cocaine , it sure is an addictive tune.

I personally have no idea what goes on in this movie and haven’t watched it yet but if ratings are something to go by this sure was a winner. Look out for badass females ,  magnificent explosions and Tom Hardy. The movie that proved Pixar could be great again . It was wonderfully imaginative , featured a talented voice cast and literally brought THE FEELS.

Slightly ginger , dashing British accent  and has killer cheekbones . This guy is hot off the heels winning both an Oscar and a Golden Globe for his perfomance in The Theory of everything and facing a new wave of nominations for The Danish Girl . He is also set to star in the Harry Potter prequel of sorts Fantastic Beasts and where to find them and I for one cannot wait. I see you wondering who the heck I could be referring to ,but trust me you will want to remember this talented Swede’s name . She starred in the critically accalimed cyber thriller Ex-Machina , garnered a Golden Globe nomination for The Danish Girl and happens to be dating the uber sexy Michael Fassbender . She is going to do big things with her acting career , I guarantee it.

The youngest Jenner is infamous for larger than life , albeit fake lips and many tried to recreate this look and the results were terrifying. The entrepreneur Kylie , used this publicity to launch a lip kit but I can’t help but wonder if she decided to include her plastic surgeon’s number in there too. 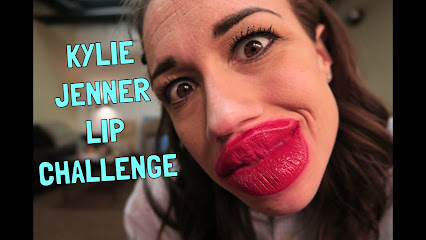 I would be more than okay never having to hear these names again after being bombarded by them all year.

He made it possible for 600 million Africans to have access to electricity . YES , I DO BELIEVE HELPING PEOPLE IS BADASS.

Justin’s image was on the road to redemption before releasing his new album Purpose which is surprisingly catchy and now we have new beliebers floating in , when they previously hated his music. Adele , however smashed in effortlessly blowing us away with her incredible vocals and of course obliterating Taylor’s vevo record.

Tears flooded timelines , lives were potentially destroyed and this occurred all before the much awaited concert in South Africa ( we don’t deserve nice things) . The 14 year old directioner in me was deeply saddened but I do wish him the best of luck in his solo career.

2015 , you have been emotionally harrowing , crazy and also rather beautiful . You will forever-more be immortalized in this post and I hope 2016 is a heck of a lot better.